Do you know the story behind the golf brand Callaway?

Callaway Golf – Story of the Week!

When we think of a Golf Brand, we probably think about Callaway almost immediately.

Do you know how Callaway Golf came to be what it is today?

Here is the short story about it… 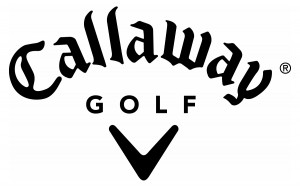 Callaway Golf was founded in 1982 by Ely Callaway Jr.

Mr. Callaway wasn’t in the Golf Industry until one day the owners of the Hickory Sticks came to him asking for funding so their company could survive. Mr. Callaway used to play Golf with these Hickory Sticks which were made of Hickory-Shafts with a Steel Core. 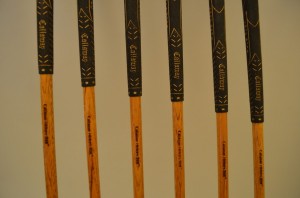 Interestingly in 1985 the company hired a Billiard Cue Designer, Richard C. Helmstetter as a consultant. This gentleman later became the Chief Club designer and the same year he was named Chief, and the same year he introduced the Computer-Controlled manufacturing machines. With this innovation and his help, they built for the first time the Original Big Bertha Driver of 190cc Steel Club-head. 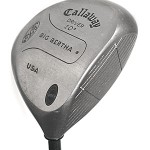 In 1996 Callaway Golf hired Mr. Roger Cleveland (Yes! The same person who invented the Cleveland Wedges). In 2002 they launched the Callaway Golf Forged Wedges, which were built from Carbon Steel and the face of the Club with U grooves.

The same year in 2002, Callaway Golf announced that they were developing a new Golf Ball; the former Head of Taylormade Golf was helping them. Mr. Ely Callaway explained the Objective of their Golf Ball like this:

“We have combined all of the performance benefits into one ball so players no longer need to sacrifice control for distance, or feel, or durability. Each Rule 35 ball contains a unique synergy of distance, control, spin, feel and durability characteristics. This eliminates confusion and guesswork in trying to identify the golf ball that is right for each individual golfer”. 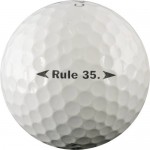 In 1996 Mr. Ely Callaway resigned as CEO and President of Callaway Golf and Mr. Donald H. Dye took over. However, it only took him two years before he came back to the Company as CEO and President. Unfortunately, Mr. Callaway passed away in 2001 after battling pancreatic cancer.

Later in 1997 Callaway Golf acquired Odyssey Sports which allowed them to expand their line of putters. With this in 2000 the Odyssey White Hot Putter was released.

And this is how Callaway Golf became what it is today! Like any other Golf Brand, Callaway is a big part of the History of Golf and its evolution. This is definitely a Golf Brand that really cares about their Golfers’ game and the games’ technology and improvements.

Everywhere we go and everywhere we see, on the Golf Courses, Golf Professionals, and even maybe your playing partner, has something to do with Callaway Golf. This is a huge Golf Brand and because of its History and importance for the Game, I decided to tell you all their story.

This information was taken from: Wikipedia and the Callaway Golf Website