How To Play a Ryder Cup Format

Ryder Cup is a unique event in the golfing world thanks to the incredible atmosphere you feel from the crowd.

In large part, it comes from the fact that is one of the few moments when fans root for THEIR team in this epic battle between the best 12 golfers of the USA and the 12 best golfers from Europe. It’s well known that the first tee at the Ryders Cup is one of the best experiences in the world for golf fans and players.

Another interesting angle is that  pro golfers who are used to play individually, are now part of a team!

How to Play a Ryder Cup Format in TheGrint

1- After tapping the PLAY icon on your home screen, you’ll need to tap the “JOIN/CREATE a LEADERBOARD”, followed by “CREATE A LIVE LEADERBOARD”

2- Three options will appear for the type of competition. Tap the RYDER option.

3- SET UP SCREEN: Here, you’ll get to customize your competition with the name of your Cup, a password for the players who are joining, and team names. If you don’t choose team names, the app will automatically set them as “Blue” and “Red” team.

Once you’ve done this, you’ll be able to edit the scoring format between NET and GROSS, and also decide whether you want to allow players to edit their handicap. Finally, select the stroke format between USGA or the MODIFIED option.

4- After setting these, tap on CREATE and you’ll be taken to a screen to finish the process. Here, you’ll choose the number of sessions, the course you’ll be playing at, and finally the match play format.

Formats are either 2-man teams or individual. For 2 man formats include fourball (also known as Best Ball), foursome a(also known as Alternate), and Scramble (we added this option for fun). For individual matches competition is decided with regular best ball format. 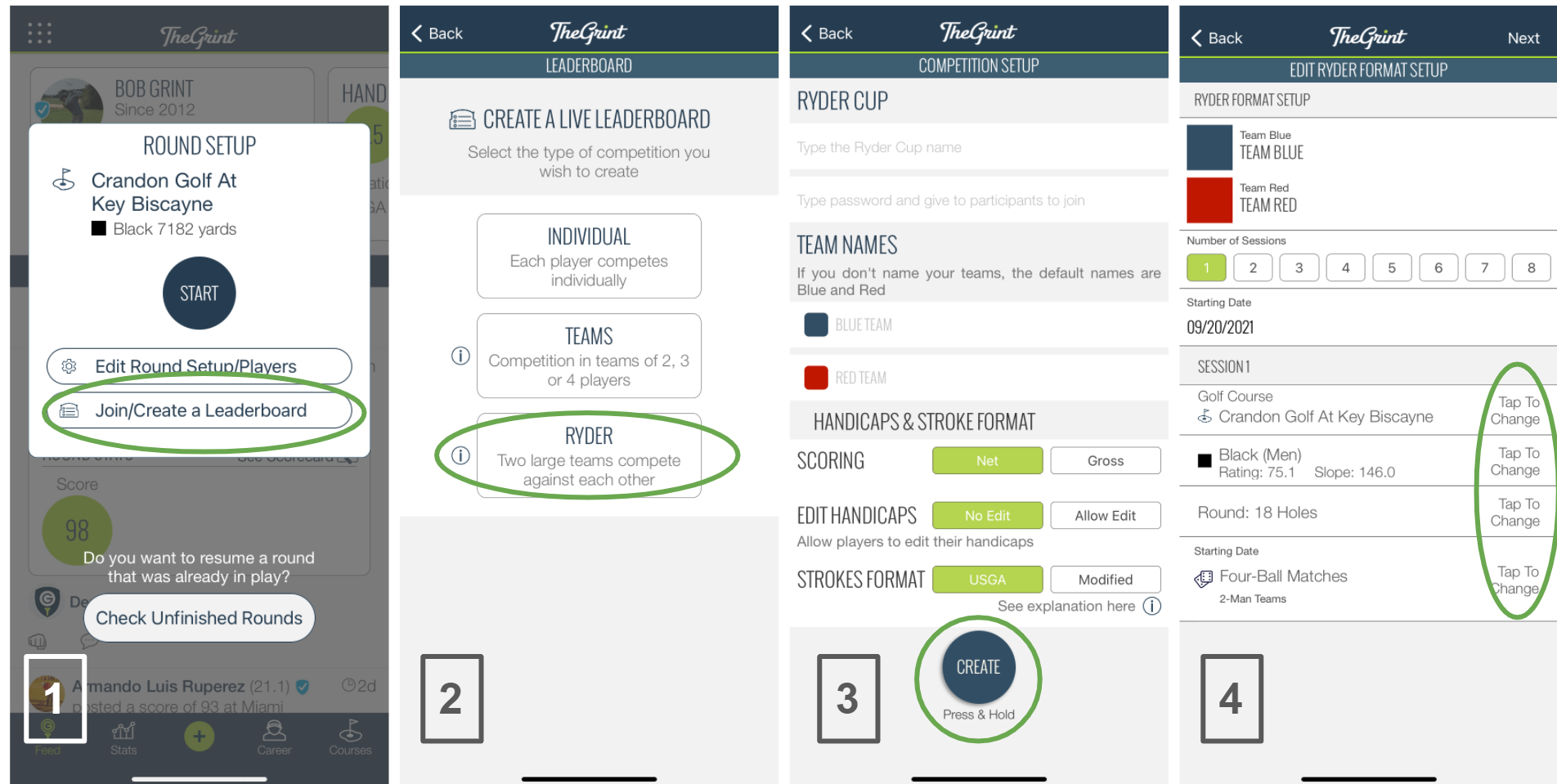 That’s it! Your very own Ryder Cup is ready to go! Player’s will be able to join using the password and each will choose the team they’ll be representing.

Having that said, enjoy your golf!

Tagged with: how toryderryder cup